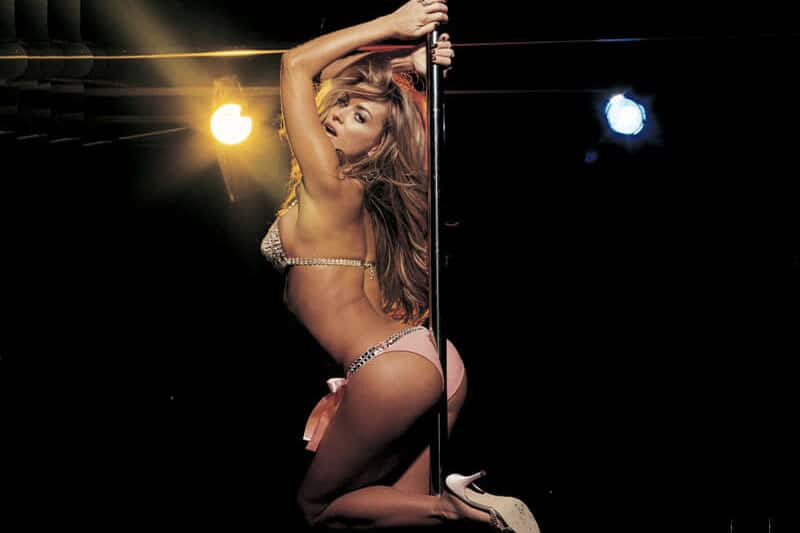 Hi there, my name is Ashley Holiday and I am an ex female stripper. I have been working in the industry for just over 12 years. I started off dancing when I was in college. I came from a family of 4 girls and one guy. My parents were not fortunate and I wanted to go to university. Being a fit and athletic woman, I met this girl by the name of Tania who told me I should start stripping to pay for my school. I wasn’t too sure about it or confident enough in my body to do it but after realizing I didn’t have any money and didn’t know how to get more legally, I decided to give it a try.

One weekend, Tania told me to pack a bag with the sexiest underwear and bras I owned and to get ready to go to Montreal. Being a female stripper she told me is not only about your looks. You need a personality and you need to be funny and entertaining. We decided I would just go with my real name Ashley as a stage name. My first night I had a lot of anxiety. There was tons of female stripper with high heels, big redone tits, botox to the core, long hair extensions and much more. I was intimidated. Being half naked and having to approach and hustle guys for dances and money was totally not natural to me. As females, we are used to being approached and seduced by men. In a strip club, it is the opposite. That was a game changer for me.

My first night, I sucked on stage, didn’t know what move was sexy and I was overthinking everything. Made roughly 100$ at the end of the night after paying the bar fee and struggling to get a few clients. Being rejected so much definitely hurt my ego. I told Tania this is not for me, I made nothing and had to work so hard for it, totally not worth it and I will never pay any school doing that. Tania told me it’s normal and explained me all girls do bad on their first night and this is not natural for any of them. She told me tonight you will not work and just shadow me and see what I do.

That night I was by her side and played the game approaching customers with her and watch her do her approach and together as a team, we made 1200$. I was now hooked. Stripping would become my main income and I would do this every weekend. Nobody in my family knew and they just asked me more and more why I was going to Montreal that much. After having done this for 12 years in secret and paid for all my schooling, I decided to join Exotic Temptation and open my own female division called Exotic Divas. My goal now is to run this division and hire the best and most beautiful girls in Ottawa and Gatineau. I will be providing a service of female strippers to your home and we will have topless waitresses for private events of over 18 years of age as well. Exotic Divas will be the best at home service of female strippers in all of the Region of Ottawa and Gatineau.

If you are currently a female stripper and you are looking for a job with our great company, send us pictures and your skills and experience to exoticdivasxxx@gmail.com

As well, if you are a bartender and don’t mind serving topless at private events or corporate parties, this is a great opportunity for you to earn more, and show those beautiful breast you got done through bartending as a way to earn more money and tips on your days off. You will be required to serve professionally the drinks the host will provide you while being in a sexy outfit and topless. Those services are offered only in private settings between consentual adults only. No public events or public locations will be asked of you. Send your resumee to exoticdivasxxx@gmail.com for topless bartending as well.

Your browser is out of date. It has security vulnerabilities and may not display all features on this site and other sites.